He had been saved from annihilation as a baby by the princess and raised in luxury as her adopted son. He had been chased out of the country for murder, after he had witnessed the outrages performed against the people of his birth. He had found refuge in the desert with a nomadic tribe, had married and started a family and was quite content with his life as a shepherd when it happened. God appeared to him in a burning bush, a burning bush that didn’t burn up, and told him that he was the one chosen to go back to his country and lead his people out of slavery. Wait, what?

The outlaw, the murderer, the former prince. He was the one chosen to march right into the king’s throne room and demand that the slaves be set free? I beg Your pardon God, but were You thinking straight? Yeah, that’s probably what Moses was thinking when God spoke to him that day in the desert. He even went so far as to say to God, “Who am I, that I should go to Pharaoh, and that I should bring the children of Israel out of Egypt?” (Exodus 3:11)

I imagine Moses must have been thinking, ‘Sure, I guess that’s comforting, but I can’t see You, and I sure can see Pharaoh! He won’t exactly be happy with me, even if I once was his adopted relative.’ God went on to tell Moses exactly what he should do to convince the people that he had been sent by God, but Moses still tried to get out of the job.

When it seemed like none of his excuses would work, Moses finally stated his deepest insecurity.

“O Lord, I am not eloquent, neither before now, nor since you have spoken to your servant; for I am slow of speech, and of a slow tongue.” (Exodus 4:10)

God had known all along that this was Moses’ worst fear, but He still knew that he was the one He needed. He replied,

Even the affirmation of someone else doesn’t always alleviate how we feel about ourselves and Moses was still severely insecure of his speaking ability. He pleaded with God, “Oh, Lord, please send someone else.” (Exodus 4:13)

That was it. God had been compassionate of Moses’ fears, but He had a job that only he could do, and He wasn’t about to let Moses drop out because of his supposed weakness.

Yahweh’s anger burned against Moses, and He said, “What about Aaron, your brother, the Levite? I know that he can speak well. Also, behold, he is coming out to meet you. When he sees you, he will be glad in his heart.  You shall speak to him, and put the words in his mouth. I will be with your mouth, and with his mouth, and will teach you what you shall do. He will be your spokesman to the people. It will happen that he will be to you a mouth, and you will be to him as God.  (Exodus 4:14-16)

Moses got the point. God was going to use him, in spite of him. The story went on, and Moses returned to Egypt to tell Pharaoh to set the Israelite slaves free. It wasn’t easy, or fast, and Moses endured the wrath of not only Pharaoh, but even the Israelites he was trying to save. After ten plagues that God afflicted on Egypt, Pharaoh finally commanded the Israelites to leave. With Moses as their leader, they embarked on a forty-year tour of the desert, and the entire time Moses was continually used by God.

How an insecure, rejected shepherd was able to lead over a half a million people out of slavery is totally amazing to me, but when I realize that the only reason was because of God, I am in complete awe. God is the reason Moses was able to be such an incredible leader despite his severe insecurity, despite the rejection he had suffered, and despite the opposition he faced. God was able to see past all of that brokenness and to see a leader, a leader who could be a part of one of the biggest miracle stories in all of history.

I love the message of this song! Watch the video and let me know in the comments what you think of it!

Misfit Heroes: A Purpose in the Pain 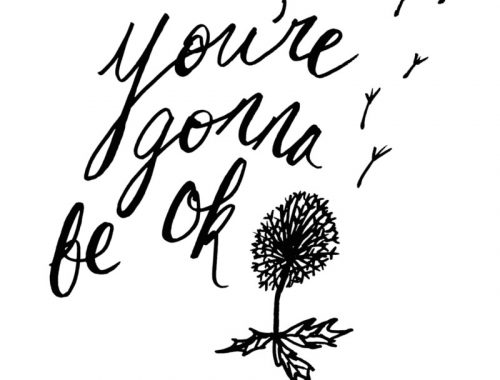